The villages of Balagne ...Lunghignano 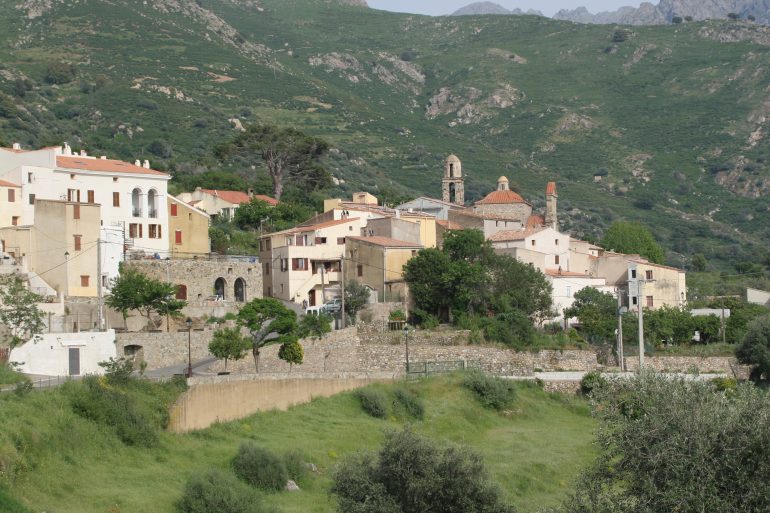 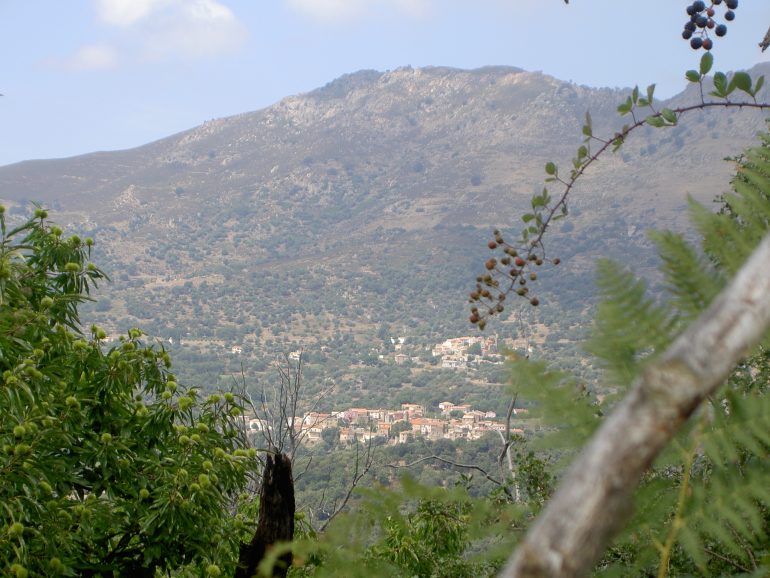 Perched at an elevation of 355 metres, the 18th-century Baroque church of this Medieval village is dedicated to Saint Vitus.

In the Middle Ages, the village had a territory of 4 km² before the merger with Montemaggiore and Cassano, to form the only municipality of Montegrosso. It is dominated by the Capu di Bestiaet located halfway between the slope and the mountainside. Its old houses often have beautiful carved doors. 300 m. to the east, on the heights, rose the fort of Pilone and the old medieval village abandoned in the 17th century. Around 1467, Ambrosgino de Lunghignanu received from the Duke of Milan, then sovereign of Corsica, the title of ducal governor but the tyranny of many "corporali" and a situation of disorder forced him to go into exile in Italy. At a place called Lurgugliu, you can see a flat stone of 1 m. circumference that oral tradition says to be a supplicative or sacrificial stone. Sights... Saint Vitus parish church: the Baroque church of the village of Lunghignano was built during the 18th century from schist, rubble stone and filler. Bell tower in the apse. A Ghjesgia San Raineru: This Romanesque church is located above the village, at an elevation of 415 metres, 1 km to the north west. It is a multicoloured pink-granite structure dating from the 11th century. San Raineru was protected here by a decree dated 15 May 1930. It was classified as a Historical Monument in 1992. Wash house Fountain under arcading Arts & crafts: "U Fragnu" oil mill

The villages of Balagne ...Lunghignano

http://www.balagne-corsica.com
We use cookies on our website for its functionalities and to offer our visitors a customized experience.By clicking on "Allow all", you consent to the use of all cookies set on our website. By clicking on "Deny all", only the cookies necessary for the basic functionalities and the security of the website will be used. To choose or modify your preferences and revoke your consent at anytime, clic on "Manage your cookies" or on the link "Cookies" at the bottom of your screen. To know more about the cookies et the personal datas that we use: read our privacy policy
ALLOW ALLDENY ALL
Manage your cookies
Information about the settings available