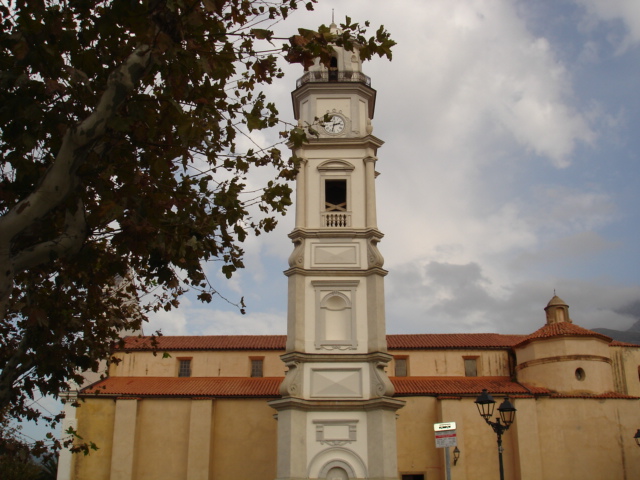 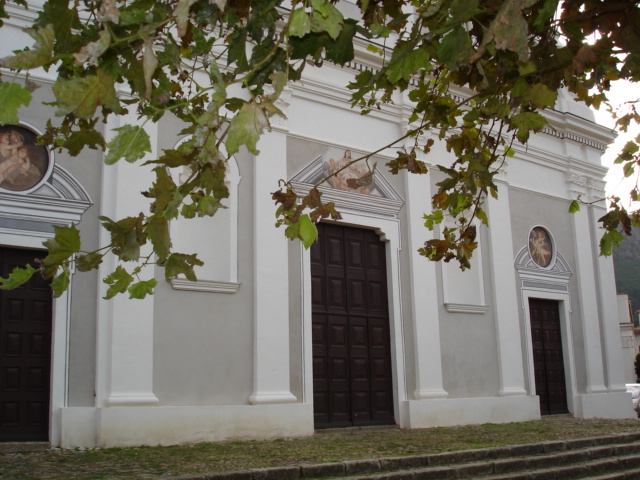 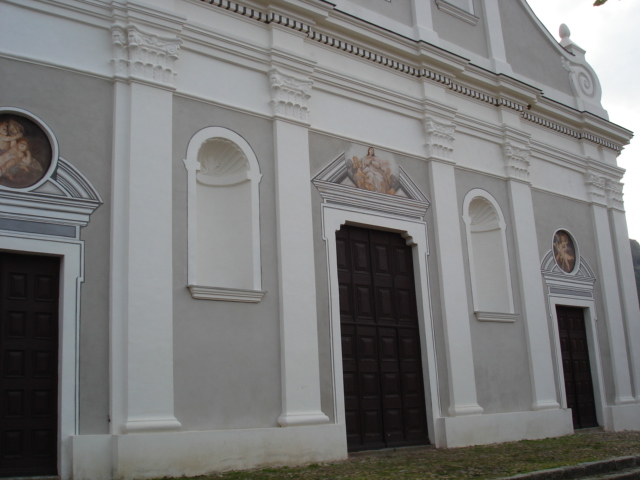 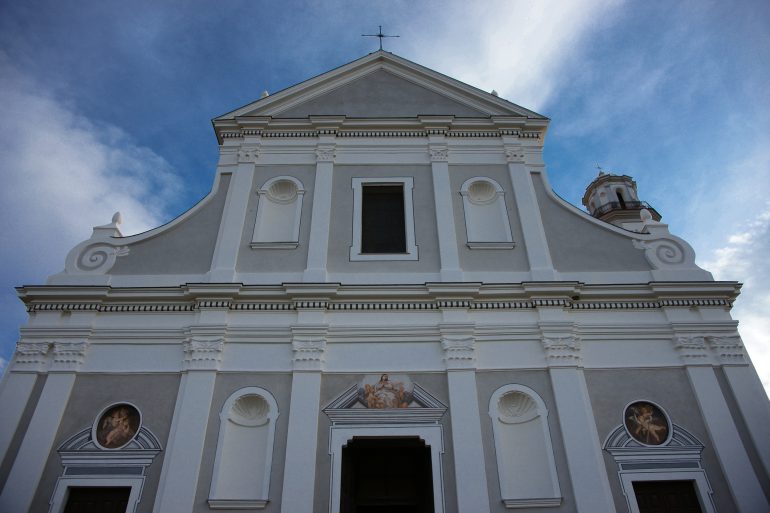 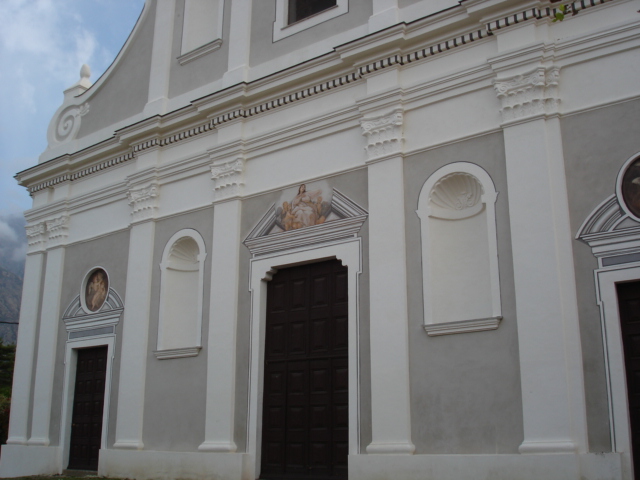 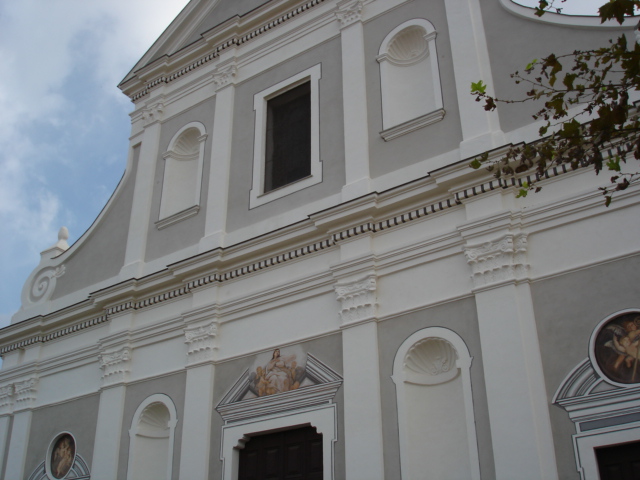 The parish church of Calenzana is a listed historical monument and one of the most significant Baroque buildings in Balagne.

After being rebuilt at the beginning of the 17th century, replacing a Romanesque church and 12th century sanctuary dedicated to Saint-Martin and which served as an annex to the central church of Ste Restitude, this building was the subject of a it was rebuilt around 1690-1700. It is dedicated to San Biasgiu, bishop martyred in 316 and is the work of the Milanese architect Domenico Baïna. It has a baroque facade on 2 levels, pilasters and sculpted cornices: over the next two centuries, capitals decorated with acanthus leaves, a Tuscan Corinthian cornice and an important painted decoration participate in its embellishment. It will be erected as a collegiate church from 1752 to the revolution. Near the building, an independent 4-storey bell tower (u campanile), erected between 1870 and 1875 under the direction of the Bastian architect Guasco, completes it. A commemorative plaque recalls the massacre of German mercenaries in 1732. The high altar is a majestic work of white marble carved in Genoa around 1760, carved and molded, inlaid with polychrome red and green marbles and of which the volute “tempietto” tabernacle is in porphyry. Its style can be dated to the second half of the 18th century. The central medallion of the vault represents Saint-Blaise removing a ridge from the throat of a child. The author of this monumental decoration is anonymous but we note the influence of Domenico Baina.