Collection of paintings by Cardinal Fesch 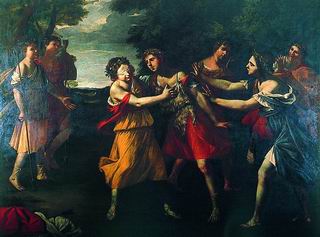 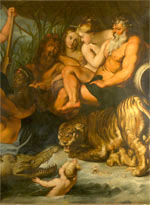 The collection of Cardinal Fesch ... a permanent exhibition at the Town Hall of Calvi The works of early Italian painters housed in the museum of the same name in Ajaccio, along with those in the Louvre and the Petit Palais, constitute the most representative collection in France. Cardinal Fesch’s life and work as a collector have many facets that overlap with the complexity of a society undergoing profound change at the end of the 18th century and the beginning of the 19th century. Sometimes a craftsman, sometimes an opponent of Napoleonic policy, an actor in the religious reconstruction of France, his career is modeled on that of his illustrious nephew. Art lover and bulimic collector, he built an extraordinary collection in an extraordinary social context. From 1827 to 1837, he had the palace built in Ajaccio which now houses the museum and the municipal library. He wanted to found a higher institute of the arts which did not see the light of day but of which there remains a museum, rich in a legacy of 1,200 paintings that the cardinal took from his collection. The collection of Italian primitives is undoubtedly, along with that of the Louvre and that of the Petit-Palais in Avignon, one of the richest and most representative that can be seen in France. At his death, his collection was to enrich in part this institute dedicated to the intellectual and artistic training of Corsican youth; the rest, made up of the most precious works, went to his eldest son, Joseph Napoleon Bonaparte, Comte de Survilliers. Thus the collection of paintings of Calvi, born from the desire of the Comte de Survilliers to extend his gifts to the various municipalities of the island, is obviously one of the endearing little sisters of the prestigious Ajaccian collection: 300 tables are taken? on the mass of the cardinal's paintings outside the great gallery. In Calvi are presented only secular works, works illustrating sacred facts being deposited in churches. Zoom on the African continent, according to Pierre-Paul Rubens ... Born in Wesphalia in 1577, where his parents lived in exile, he returned to Antwerp with his mother upon the death of his father. Trained and received as a master at the guild of Saint Luke, he left Antwerp in 1600, to return to the service of the Duke of Mantua. In Italy, he is both a painter and a diplomat. After completing a few missions, he hurriedly returned to Antwerp to his dying mother's bedside. In 1608 he was appointed court painter to Archduke Albert and Infanta Isabella. In the house he bought at the time, he experienced a regular and laborious life dedicated to his art. He resumed his diplomatic activity in 1625 which led to his being knighted by both the King of Spain and the King of England. Widowed in 1626 by his first wife, Isabelle Brant, he married Hélène Fourment for a second time, with whom he had five children and with whom he lived happily until 1640. After his return from Italy, Rubens imposed his powerful style on the Antwerp school. Endowed with a fertile and original imagination, he demonstrates an innovative daring in the dynamism and firmness of his bodies, which however remain full of harmony and elegance. His art, which reached maturity around 1620, expresses liveliness and spontaneity, both in large compositions and more intimate portraits. His subjects are varied, from the most dramatic religious scenes, to the most instinctive secular works, which pay homage to the healthy life close to nature that he loves. Strongly marked by the breadth of Italianate compositions, he revolutionized the meticulous and refined style of the North by introducing the energy of color and the brilliance of execution. Characterized by the movement of life in perpetual upheaval, his compositions give pride of place to the luminosity in which idealized, heroic and sensual human types evolve. "The African Continent" Exhibited at the Hôtel de Ville in Calvi and donated by the Comte de Survilliers, this work, donated for an 18th century copy, is the allegorical representation of the four parts of the world kept at the Kunsthistorisches Museum in Vienna. Dated between 1612 and 1615, this painting is significant of the period of Rubens' career when mythological and allegorical representations prevail in his work alongside religious scenes. Here, in his interpretation of the world, Rubens organizes his allegorical figures in a circular movement that the play of looks emphasizes. Top left, he portrays the Danube as a male figure leaning toward the allegory of Europe. Below, Rubens situates the Nile embracing the black continent of Africa, whose face turns to the viewer. To their right, the American continent, arms resting on the Amazon River, leans towards the couple formed by the Indian continent and the Ganges.

Collection of paintings by Cardinal Fesch

http://villedecalvi.fr
We use cookies on our website for its functionalities and to offer our visitors a customized experience.By clicking on "Allow all", you consent to the use of all cookies set on our website. By clicking on "Deny all", only the cookies necessary for the basic functionalities and the security of the website will be used. To choose or modify your preferences and revoke your consent at anytime, clic on "Manage your cookies" or on the link "Cookies" at the bottom of your screen. To know more about the cookies et the personal datas that we use: read our privacy policy
ALLOW ALLDENY ALL
Manage your cookies
Information about the settings available