Audio-guided tour of the Citadel of Calvi 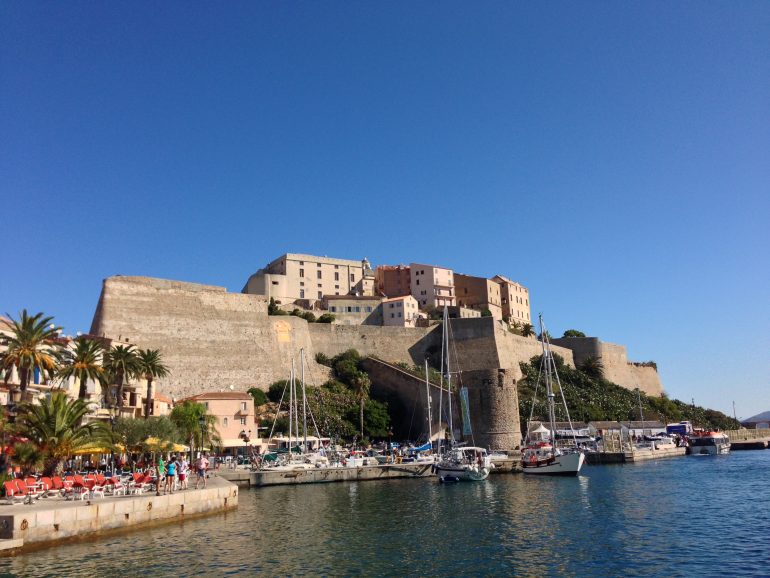 An interactive tour of one of Corsica's most beautiful sites... the Citadel of Calvi. You are invited to explore this Genoese citadel which stands on the water, gazing out to the snow-covered mountains which cast their shadow over the sea.

For adults in complete freedom ... You can visit the upper town quite freely; it is an inhabited part of the city. However, the Calvi-Balagne Tourist Office has been offering an audio guided tour of the Citadel for several years using new generation players, very easy to use. They are available in 4 languages ​​- French - English - Deutsch - Italiano - and are accompanied by a map listing the 11 landmarks of the course. Traditional music punctuates the visit and embellishes the history of this Genoese fortress and the characters who have contributed to its notoriety (Christopher Columbus, Admiral Nelson ... Laurent Giubega, Napoleon's godfather) and make the story alive and moving. The system offers complete autonomy to the user, who, walking along the cobblestones of history, can also indulge in some lounging.

Audio-guided tour of the Citadel of Calvi

tourisme@balagne-corsica.com
https://www.balagne-corsica.com
We use cookies on our website for its functionalities and to offer our visitors a customized experience.By clicking on "Allow all", you consent to the use of all cookies set on our website. By clicking on "Deny all", only the cookies necessary for the basic functionalities and the security of the website will be used. To choose or modify your preferences and revoke your consent at anytime, clic on "Manage your cookies" or on the link "Cookies" at the bottom of your screen. To know more about the cookies et the personal datas that we use: read our privacy policy
ALLOW ALLDENY ALL
Manage your cookies
Information about the settings available