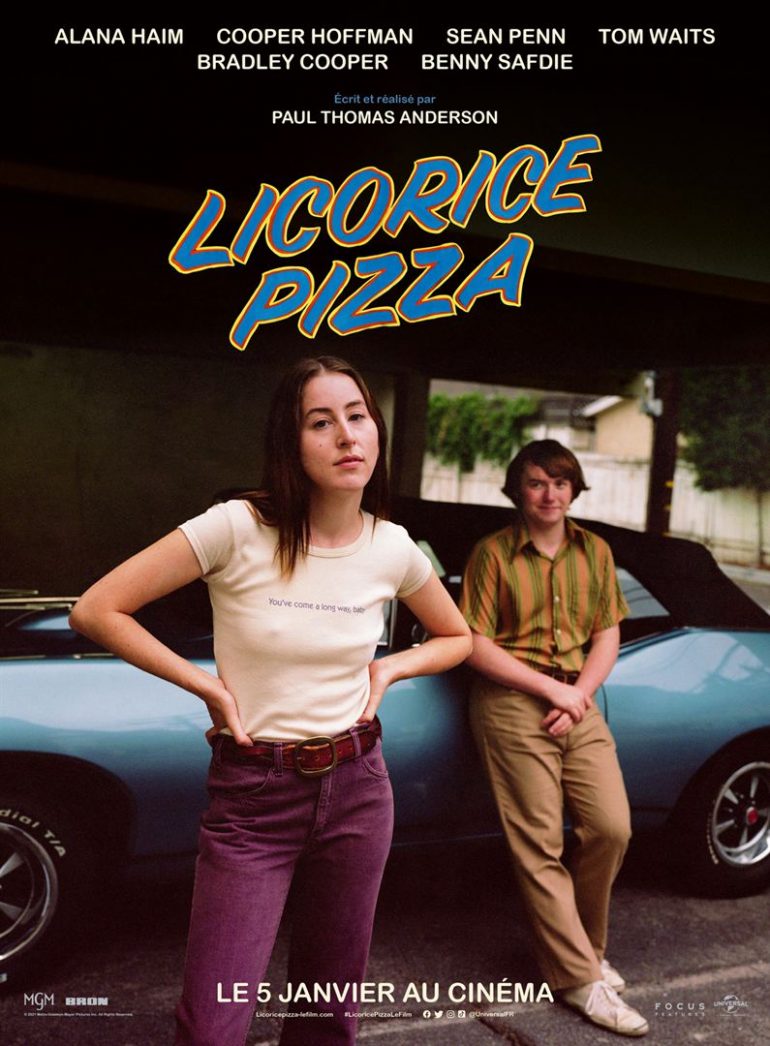 Et Pourtant Ca Tourne invites you to its annual AGM followed by the screening of Licorice Pizza by Paul Thomas Anderson. A little gem about learning to love with its casting errors and an analysis of the carefree 70's in Los Angeles.

January 5, 2022 in theaters / 2h 13min / Drama, Comedy, Romance By Paul Thomas Anderson With Alana Haim, Cooper Hoffman, Bradley Cooper, Tom Waits, Sean Penn Synopsis 1973, in the Los Angeles area. Alana Kane and Gary Valentine meet on the day of the boy's high school class picture. Alana is no longer a high school student, but is trying to find her way while working as the photographer's assistant. Gary, on the other hand, already has acting experience, which he is quick to tell the girl to impress her. Amused and intrigued by his unusual confidence, she agrees to accompany him to New York for a television show. But nothing happens as planned... Strange, crazy, elusive... Licorice Pizza is the image of this extraordinary city, a garland of colorful lights on the Pacific coast. This Licorice Pizza resembles above all its title (Pizza with licorice!?), enigmatic and scoundrel. It marks the film debut of Alana Haim and Cooper Hoffman. The first is a musician, member of the group Haim that she forms with her two older sisters, the second is the son of Philip Seymour Hoffman, who was the favorite actor of Paul Thomas Anderson. Licorice Pizza leaves you in a state of sweet and paradoxical amazement, a great romantic film of love and youth, absurd and crazy. Starting at 7:30 pm, this screening is preceded by an original and youthful meal by our beloved volunteers. To prepare the necessary number of meals, please make a reservation

http://etpourtantcatourne.com/
We use cookies on our website for its functionalities and to offer our visitors a customized experience.By clicking on "Allow all", you consent to the use of all cookies set on our website. By clicking on "Deny all", only the cookies necessary for the basic functionalities and the security of the website will be used. To choose or modify your preferences and revoke your consent at anytime, clic on "Manage your cookies" or on the link "Cookies" at the bottom of your screen. To know more about the cookies et the personal datas that we use: read our privacy policy
ALLOW ALLDENY ALL
Manage your cookies
Information about the settings available