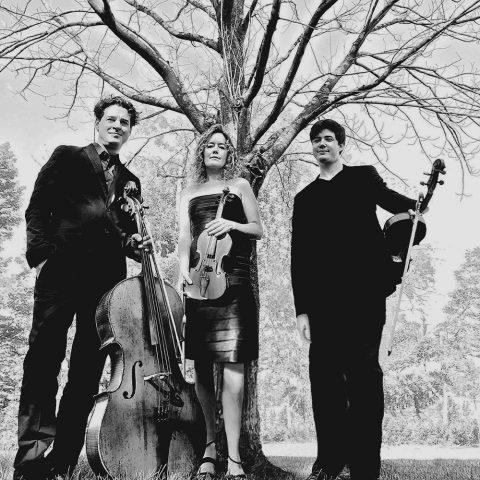 The Black Oak Ensemble, played in August 2019 as part of their first European tour Silenced Voices this program, at the joint request of our friends Damien Delgrossi, in charge of cultural programming of the Museum of Corsica and Janine De Lanfranchi, Curator of the Museum of Alta Rocca in Levie for the direction of heritage of the Collectivity of Corsica. The concert was a great success in the heart of the museum of Levie, the press reported well on the event. Following this concert, strong of our exchanges with Damien Delgrossi, on the one hand, it mutually came to us the idea that since we were preparing a project of new album on the French works to integrate there, to honor the Memory of great Corsican composers: Henri Tomasi and Henri Martelli which wrote each one a marvellous string trio and to make them known overseas, but also in continental France and in Corsica, cradle of these composers. With : David Cunliffe : cello Désirée Ruhstrat : violin Aurélien Pederzoli : viola