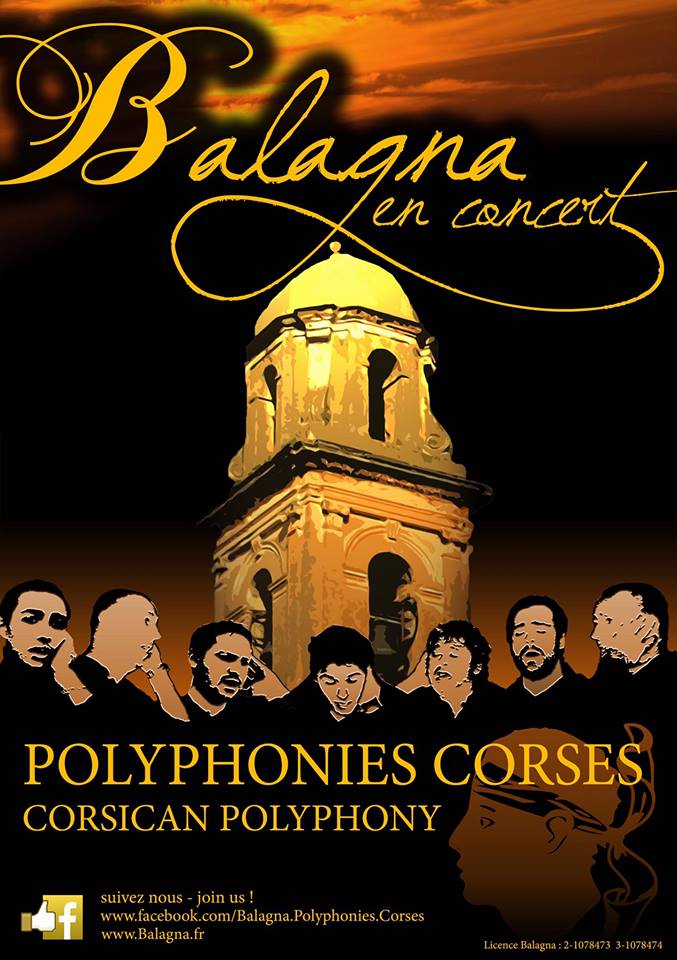 The Balagna group, originally from Feliceto, invites you to discover their repertoire of polyphonic songs.

The Balagna group was born in Felicetu, a mountainous village in Balagne, whose name we know originates from felica, this perennial fern root underground which is only waiting for renewal to flourish its exuberant vegetation. Balagna invites us to discover Corsica from the highlands of memory because, like the fern, this land of Corsica, microcosm of the world, needs to draw deep from its roots to better breathe and prepare in the concert of peoples a future of serenity. His song, which is both simple and true, bears witness to both his current creations and the songs of memory that common rigor has made it possible to preserve as a whole. it testifies soberly but with a great wealth of terms, tones and fashions that if Corsica was often a forgotten land, it will never be a forgotten land!