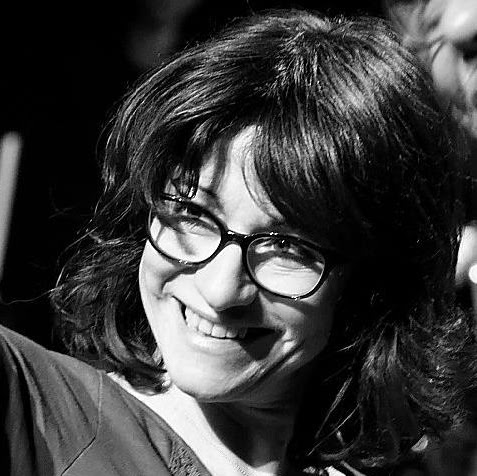 Associu Artelibri proposes an author's residence and workshops with Laura Desprein. She proposes a theatrical writing work entitled "Pardon Molière!" and will lead workshops and present her work with the booksellers.

Author, director, singer and actress, after the Ecole Nationale Supérieure de la Comédie de Saint-Etienne, she acts and sings for many companies, but also for National Dramatic Centres and National Stages (TNG, Théâtre du Préau...). She has performed in "L'opéra de quat' sous", the role of Edith Piaf or Jeanne Moreau in musicals. She is also a member of jazzy bands. Artistic director of the Compagnie Hélianthe from 2002 to 2012, she has created several musical shows in the Rhône-Alpes region, in co-production with the Scènes Conventionnées, the Scènes Nationales and the Centres Dramatiques Nationaux. Tours are organised with the Centre Dramatique Régional de Vire-Le Préau, the scène Nationale de Privas... She writes several plays and librettos for her company, among others in residence at the Chartreuse-Centre National des Ecritures du Spectacle. She has published five books, including the play "Coeurs sourds", which gave rise to two short films, one co-produced by ARTE, the other awarded at the Sundance Festival. Translated into German, "Coeurs sourds" was premiered at the Theater an der Parkaue in Berlin under the title Rohe Herzen. Laura Desprein holds a C.A. in Dramatic Art and has been the founder and coordinator of the theatre department at the Conservatoire de Blois for the past ten years, where she teaches theatre. The author is also trained in dramaturgy (CEFPF, Paris) and in conducting writing workshops (Aleph Ecritures training, Paris). In 2021, she is a finalist for the Plato prize for "L'enfant aux cheveux bleus", her new play, which will be the subject of telephone readings at the "Petits et grands" Festival in Nantes in April 2021 (Compagnie du Rictus). Laura Desprein is also a laureate of the ANRAT-EAT call for texts: "Molière, ça t'inspire?", with my short play "Pardon Molière!"

artelibri.lisula@gmail.com
We use cookies on our website for its functionalities and to offer our visitors a customized experience.By clicking on "Allow all", you consent to the use of all cookies set on our website. By clicking on "Deny all", only the cookies necessary for the basic functionalities and the security of the website will be used. To choose or modify your preferences and revoke your consent at anytime, clic on "Manage your cookies" or on the link "Cookies" at the bottom of your screen. To know more about the cookies et the personal datas that we use: read our privacy policy
ALLOW ALLDENY ALL
Manage your cookies
Information about the settings available